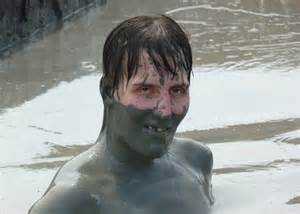 I’m not sure why they sought me out.   Probably felt some sort of affinity or kinship.  Probably sensed I wouldn’t be too judgey.  Probably thought they found safe harbor.

I know I felt compelled to provide it.  I tried to be friendly.  Call it Stray Dog Syndrome, but I’d take them in.  Give them a chance to relax and talk freely.  I figured no matter what Beefheartian parade music they were marching to, or living nightmare they were enduring, they were doing the best they could.  In their own fucked-up way, they were just trying to make it.  Like everybody else.  They deserved a break from the withering blows.  A little breather in between beatings.  They were yearning to breathe free and I would be their Statue of Liberty.

Looks like Sexy Webster is up early for breakfast duty. Nice! Don’t burn my bacon, bro

Besides, I knew what it was like to feel different or not understood.  It gets lonely.  Frustrating.  Depressing.  One is more apt to breakout in bad behavior.  Which is different than just flying your freak flag high.  Bad behavior means somebody winds up getting hurt.  And that’s no fun.  Not in the long run at least.  That’s why I did my best to cut them slack.  Made the effort to be respectful.  Tolerant.  Understanding.

But I also hid my wallet and extra beers.  Made sure to stash any medicine or solvents.   Kept the croquet mallet handy. 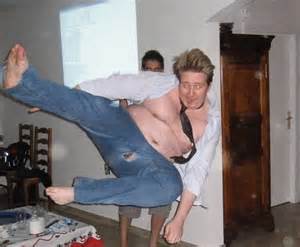 Easy there, Sinbad. Watch the bong.

Things didn’t always go well.  There were the usual misunderstandings, hurt feelings, broken promises, raised voices and violent attempts at physical submission.  But that’s people for you.  Nutty or normal, humans can be dangerous.  Say the wrong thing and you can get a stamp collector to come at you with a letter opener.  Or the onyx statue he brought back from his vacation cruise to Mexico.

Yes sir, a few poorly worded observations and the next thing you know Mr. Mild Mannered is attempting to bludgeon you with it.  15 pounds of Aztec War God head.  Just bringing it down with both hands.  While you cower behind his globe.  Crouching.  Dodging.  Waiting for your chance to tip the mahogany desk on him.

Trust me, angry ape-warrior shit can erupt anywhere.  In a lunatic asylum or a leather-bound library.  Things go down in the real world, baby.  Things you can’t believe.

Especially with the cannons I chose to roll around on deck with.  They were already cocked and tethered rather loosely to the boards.  Even more prone to misfire.  Break a vase.  Put out an eye.  Take off a head.

You learned to watch your step and mind your mouth.  You learned to be a gracious host.  That’s it.  I think hanging out with the emotionally-imbalanced taught me to be more polite.  More attentive to other’s feelings. 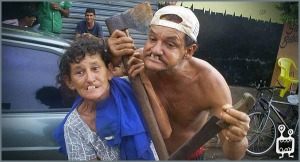 In one rehab,  I had to room with a dweeb in coke-bottle glasses, who as a kid, had stabbed his parents in their sleep.  No bullshit.  He even showed me an old copy of the Newsweek article.  He didn’t kill them.  See?  The article was about the parents suing the shrink that got his med combo wrong.  So it really wasn’t that bad.  And that was years ago.  And he’s better now.  Lots better.  Except for having to come off the massive amount of pharmaceuticals he’d been forging scripts to self-prescribe…

…to dull his desire to kill.

Now he was in the bed next to me.  Bug-eyed.  His mole face pale and waxy with Vicodin ooze.  Fidgeting.  Agitated.  Now and then twisting at the crotch of his pajamas.  Telling me bedtime stories.  Stories about things he would like to do.  Stories about what he would love to do again.  Things he knows he shouldn’t do.  But does anyway.  Because it feels so good.  Feels so good to do them anyway.

And because he thinks he has a demon.  One that follows him around.  Everywhere.

Nothing like a cocktail of revenge torture fantasies and disturbing sexual confessions.  Some relaxing thoughts on demonic possession and murder.  And fear.  Before bed.

While trying to kick booze. 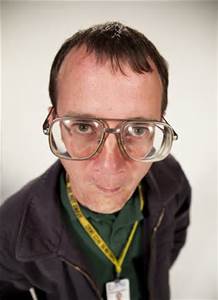 Dude, I think it’s totally normal to want to kill your parents. Chill!

My new besty.  You bet your ass when he wanted to talk, I’d lend a sympathetic ear.  He terrified me.  I nodded earnestly as he told me his troubles.  Clucked my tongue.   Kicked the carpet.  Periodic pats on the shoulder.  Did my best to keep his spirits up.

But I also kept a cake knife from the cafeteria under my mattress.  And one eye open.  All night.

Hey, that’s people for you.  Gotta make them like you enough to not want to kill you in your sleep.  Same old dance really.  The Dance of Life.

He was one spooky dude.  Clearly a troubled individual.  One I surmised was struggling with impulse control.  Probably in need of some institutionalized assistance.  A Dixie cup full of psych meds.  Some time doing arts and crafts under close supervision.  Special mineral baths.

I tried to convince staff that this gentleman needed to be housed somewhere other than a beach-side rehab.  Maybe somewhere less razor-wire-free.  More Thoraziney.

They didn’t want to hear any of it.  In fact, the folks at administration felt that without insurance, he was as good as cured.  Free to stroll around Laguna Beach.  With all kinds of feelings.  Thoughts.  Desires.  Ideas. 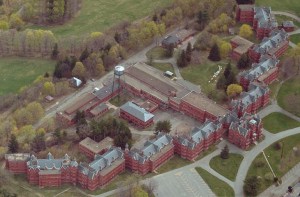 Try this place out, dude. They serve tapas and validate parking. Looks fun. You should at least check it out.

I don’t regret being nice to him though.  I really did try to steer his thoughts toward recovery.  Not just out of self-preservation either.  I wanted him to feel better.  If only to defuse any bomb he was building in his brain.  Why not climb in there and see if you can’t stop the ticking?  Clip a few wires.

But then he’d tell me about another “thing” and I’d find myself reeling with revulsion and loathing.  If I had my usual eight to fourteen beers in me I would’ve gone ahead and beat him down.  Just on principle.  Give doctors at the hospital a chance to take a closer look-see.  But this was rehab and the lack of beer allowed me to think my actions through.  Really think about the consequences of striking another patient.

There was jail.  Sure.  But there was also the possibility of coming-to someday, duct-taped to a chair in a basement.  Having to helplessly watch as Mole Man searchs for a blow torch striker.

I decided to apply the love and acceptance thing instead.  Did my best to talk him down.  While maintaining a three-foot safe zone.  And a clear path to the box spring.

Who knows what good it did?  It’s not like I had many answers at that point, coming off my own World Destruction Tour.  But I tried.  Maybe a little harder than usual.

Hopefully,  I bought some time for somebody else out there–some quality time with loved ones– before the calming effects of my loving acceptance wore off.

After that you pretty much have to hope the next person treats him with kind deference, instead of open disdain.  You have to hope some SoCal snotball doesn’t set that mad motherfucker off.

Because brother, you have no idea what kind of hurt that overt eye-roll of yours could cost you.  Not when you roll them at a demon-host like that.  One that doesn’t like you making him feel bad.  One that really likes to feel good.  His kind of good.  And is willing to do whatever it takes to feel that way.  No matter what.

You have no idea.

Yeah, better to be kind to everyone, I say.  As much as you can stand.  And pay special care to those you find odd or strange.  It’s not only the right thing to do.  It’s the best thing.  Because most nut crazies are amazing creatures.  Masterpieces that inspire awe and wonder.  Holy messengers.  You never know what hidden wisdom they might possess.  Or giddy delight they can bestow.

And yes, in some cases,

You really have no idea. 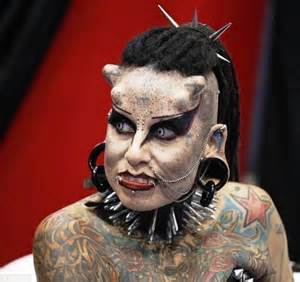 Yeah sorry, he was in here, but they bounced him. You want to  give me your number in case I see him or you just want to hang out?

Marius is a recovering maniac. He has given up all his former hobbies in the interest of public safety. He now enjoys sitting in a chair with his arms folded while waiting for everything to end. His sun sign is Cancer, and his favorite color is purple. He is considered a good friend of the Mexican people.